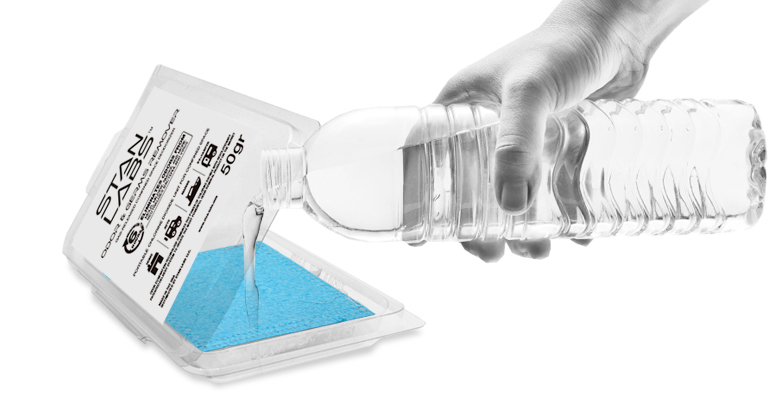 CLO2 is more chemically selective than bleaches, ozone, or peroxides. It destroys unwanted microbes without burning or corroding surfaces.

CLO2 is a neutral molecule. This allows it to seamlessly infiltrate growths (such as biofilm) and destroy the inner-lying molds and spores.

CLO2 disinfects via oxidation. The CLO2 molecule has an oxidation number 2½ times higher than bleach, ozone, and peroxide, which means that lower levels of CLO2 can accomplish the same disinfection applications as higher levels of these conventional chemicals.

CLO2 is soluble in water and can disinfect in gas or liquid form.

Due to chlorine dioxide’s unique method of pathogen inactivation, viruses, bacteria, molds, and spores are unable to build up a tolerance to the CLO2 molecule. 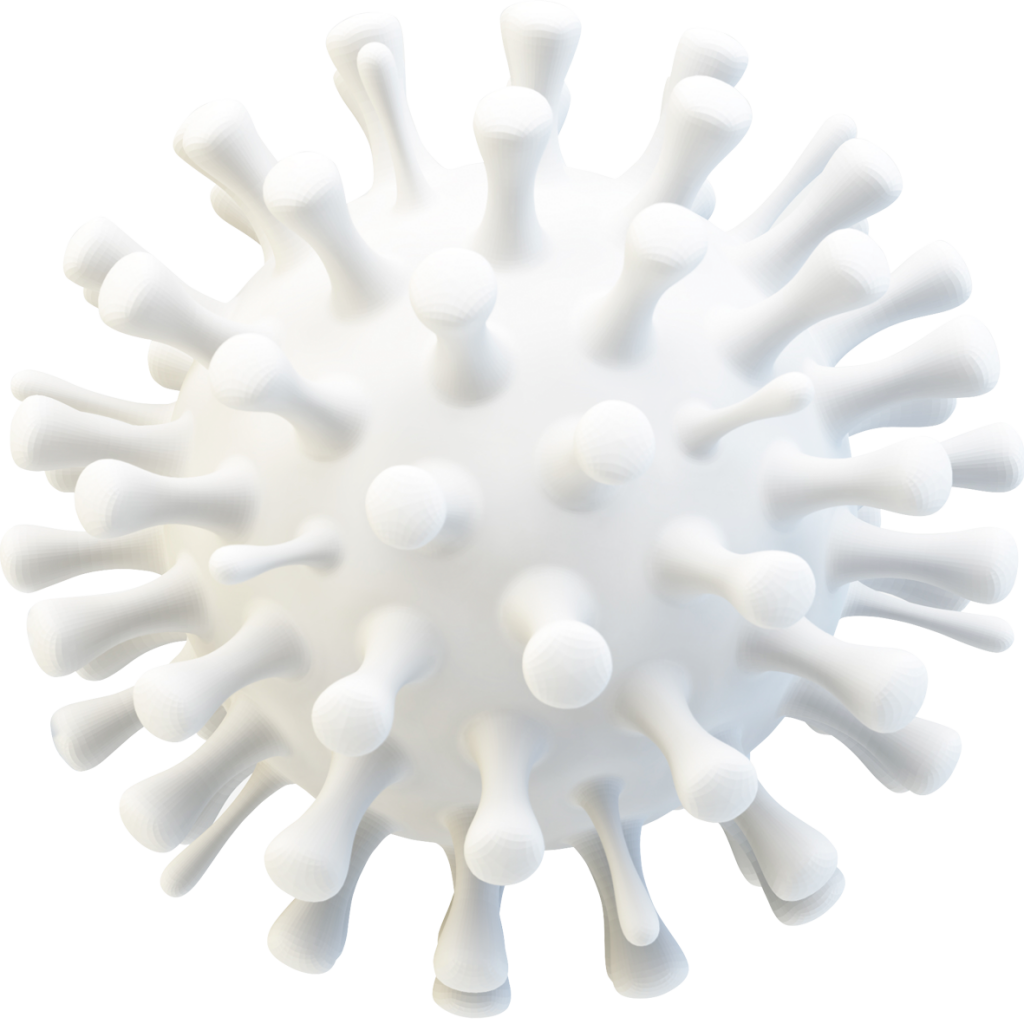 An ALGAECIDE against: • Phormidium boneri

HOW CLO2 IS PRODUCED?

SHAKE THE BOTTLE AND YOU HEAR THE SECRET, MICRO REACTOR IS INSIDE. Once the water is pouring in, reactants produce Pure CLO2.

WHY CLO2 IS SO EFFICIENT?

CLO2 molecule is 1,000 times smaller than virus. Being so agile, STAN LABS kills it.

Unlike current solutions,CLO2 kills Micro-organisms with precision of a Sniper, while others intervene like Flame blower destroying everything including the unwanted (Corrosion). 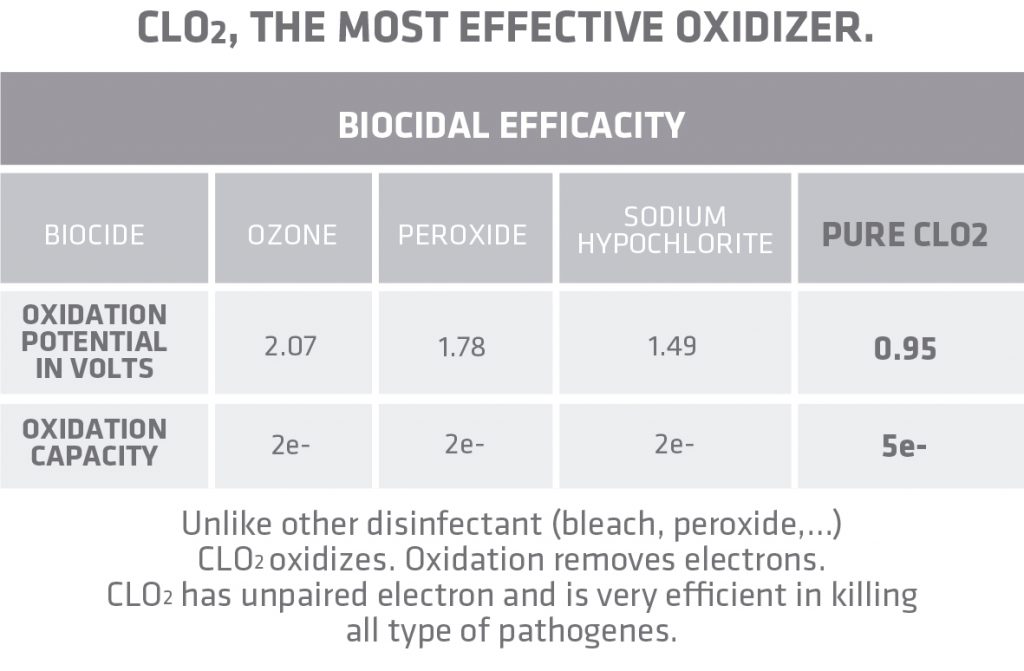 Rated from 0-4, a high score of 4 indicates the greatest tendency health, ﬁre and/or safety efects to the end user and immediate surroundings.

A references letter between A-K or X is designated based upon the type of personal protective atlire one should consider before use of each chenical in question; for example an assigned letter “B” recommends both safety glasses and gloves for certain use patterns whereas and assigned letter “X” requires consultation before use due to special handling requirements.

”Wear protective gloves and goggles” only if hand will come in direct contact with activated concentrate solution. 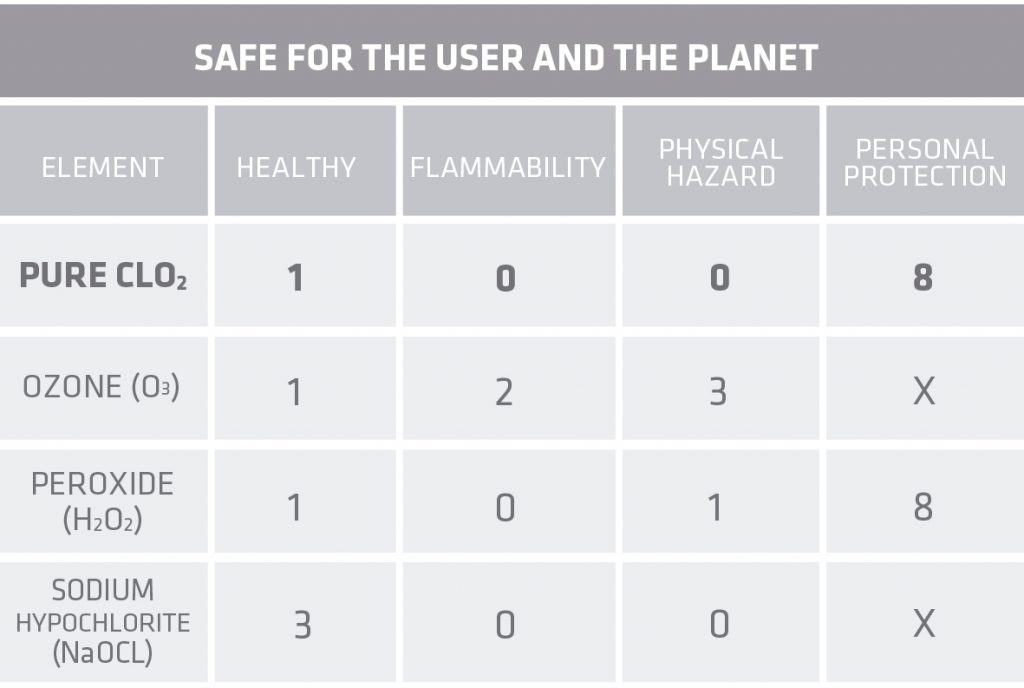 CLO2 IS SMARTER THAN CURRENT AND OLD TECHNOLOGIES, MORE EFFICIENT AND SAFER FOR USER AND NATURE